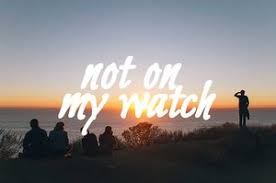 In the bible, when the Israelites were delivered from Pharaoh’s captivity, they set out toward the Promised Land. Shortly after they left Egypt, Pharaoh changed his mind and sent his army chasing after them. The Israelites ended up at a dead end at the Red Sea. They had nowhere to go. It looked like they would certainly be recaptured or maybe even killed. They began to panic. Scripture says they were terrified and said, “Moses, why did you bring us out here in the desert to die?”

Moses knew if they would have stayed upset, fearful and worried, that would have stopped God from working. He said to the people, “Don’t be afraid, the Lord will fight for you if you hold your peace and remain at rest.”

Notice there was a condition. God will fight your battles if you’ll stay at rest.

Last 3 months for me has been one of the worse in so many years, I felt like the Israelites during slavery times in Egypt. From struggling in key aspects of my business, to fights where things are thrown my way that are false representation of my current life, to character and integrity being dragged down the stairs and I almost reached the peak of throwing in the towel. But in one of my quiet time with Him, He surprised me and thrown in His whisper, Exodus 14:14. I looked up at Him and whispered back. “What’s this? Is it a Joke? Having reached this point then you’re saying you are with me – how now – you allowed this to this level?” I was hurt, very hurt, but after my conversation with Him, I left there with my heart clean and settled.

As I was doing my weekend reflections, I became curious and went and read the whole story that culminated to this verse and I understood why God whispered to me those word. The problem however, is that many of us are not patient enough to allow the Lord to fight on our behalf. We feel the Lord is too slow in reacting and would rather fight ourselves.

The bible states in Isaiah 63: 4, “for the day of vengeance is in mine heart, and the year of my redeemed is come”.

Knowing how to obtain victory in battle is of great importance to every Christian. There is no gainsaying the fact that we are constantly engaged in warfare. The good news is that every child of God has access to a warrior who has never lost before. The bible states that Jehovah is a man of war.

Sometimes God will simply run a protective shield around you where nothing will be able to get through to attack you. Other times something will start to slip through to come directly against you, and then God will move ahead of you to take it out. This is where God will literally take your enemy head on and do battle with it.

Sometimes God will fight the actual battle through you, other times He will simply tell you to hold your position and do absolutely nothing, and then He will move Himself to completely take out the attack coming against you. This is where God shows you how powerful and how awesome He really is when He moves into battle to personally protect you.

Reading through the whole story of Exodus, I came to learn the following that made me realize the importance of obedience to being quiet, calm as God commands in Exodus 14:14:

When the Lord noticed that the Egyptians were catching up with His children He troubled them. He took off their chariot wheels and made them drive heavily. Even the Egyptians recognized that there was something wrong. But it was too late! They could not move forward or backwards. The Lord overthrew them in the Red sea. The children of Israel, having left Egypt, walked through the Red Sea on dry land. The Egyptians, failing to pause and consider what was responsible for this feat, took it for granted. They chose to follow in hot pursuit. The latter had horses and chariots and would have caught up with the Israelites. But at this point the Lord pulled out his card.

Gideon was chosen by God to deliver the Israelites from the hand of the Midianites. The young man did not see himself fit for this assignment. When he selected an army of thirty- two thousand soldiers, the Lord reduced this to just 300 men. The Lord had yet a different strategy through which he planned to deliver the children of Israel, one he was yet to disclose.

This dream alone put the fear of Gideon and the Israelites into the hearts of their opponents. Though they were few they were able to overcome the Midianites, who on hearing the sound of the trumpet of the Israelites ran, cried and fled!

There are cases where the Lord sends his angel ahead of you to do the actual fighting. We read of such in 2 Samuel. David was planning to go out against the Philistines. Already they had engaged in an initial battle. David enquired of the Lord and was told to fight the enemy. The Israelites won but the enemy refused to give up. However, the Lord changed tactics. When David enquired the second time the Lord said he should not go. He was told to fetch a compass behind them and come over the mulberry tree, in this case it was the angels that did the fighting. David and his men just finished off and claimed the victory!

In the book of Chronicles the bible records something similar happening. The King of Assyria sent a threatening letter to Hezekiah, King of Israel. But the Lord assured Hezekiah that he would fight the battle for him. Indeed when the enemy camped against Israel the angel of the Lord went out to slay the opponents of the children. By the morning all of the strongmen in the enemy’s camp were dead:

“And the LORD sent an angel, which cut off all the mighty men of valour, and the leaders and captains in the camp of the king of Assyria. So he returned with shame of face to his own land. And when he was come into the house of his god, they that came forth of his own bowels slew him there with the sword” (2 Chronicles 32:21).

There have been cases where the lord has stoned the enemy with hailstones or thunder. The following example in Joshua shows how far the Lord can go to obtain victory for His children.

“And the LORD discomfited them before Israel, and slew them with a great slaughter at Gibeon, and chased them along the way that goeth up to Bethhoron, and smote them to Azekah, and unto Makkedah. And it came to pass, as they fled from before Israel, and were in the going down to Bethhoron, that the LORD cast down great stones from heaven upon them unto Azekah, and they died: they were more which died with hailstones than they whom the children of Israel slew with the sword”.

As we have seen in the forgoing, victory obtained during battles the Lord fights for us are the most effective. In 1 Kings 20:1-43, Lord gave victory to the Israelites while Ahab was king. Though a good number were slain by the Israelites army, many of the opponents fled to safety. The Lord was not done yet as He caused a wall to fall upon the head of those who fled, killing 27,000 of them at a go. It is indeed a dangerous thing to tamper with the children of God.

You are here today and you see yourself between the devil and the Red Sea, you look around you and you feel trapped as if you have come to a dead end. I perceive in my spirit a word from The Lord to you today, and it says Fear not for I will deliver you, for the enemies you see today you will see them no more in Jesus name.

As long as we are on the Lord’s side it is an error for us to lose or fail in this life. He says we will hold our peace whilst He fight for us, you do not need to defend yourself, you won’t need to lift a finger in this battle for He says I The Lord will fight for you and you shall have great and sweet victories in Jesus name

I’m asking you today to identify the peace stealers in your life. What’s causing you to be stressed? Are you carrying a load that you’re not supposed to carry? Are you allowing someone to dump their burdens on you, trying to be the savior? Turn that over to God. Don’t let them pull you out of rest. They may not change, but you can change.

O Lord our God we praise You that You love to save us. You love to bring us down to places where we don’t know what to do and we feel our weakness and smallness and emptiness. And then as You work we say, “The Lord has done it and it is marvelous in our sight!” Would You do that please in our lives as we look to You seeking to stand firm, fear not, and to see the salvation of the Lord. And we pray, O Lord, especially for those who are not yet believers. By the mighty work of Your Spirit set their hearts at liberty and bring them to know Christ, for Jesus’ sake we pray. Amen.

3 thoughts on “HE WILL FIGHT FOR YOU”

Gilbert Ang’ana writes, speaks, and teaches with a passion to encourage youth with Biblical truths, as a freelance writer. 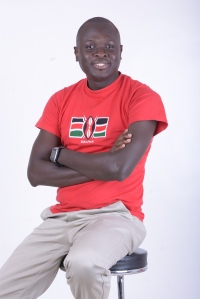